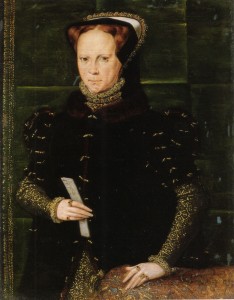 Mary I of England

Mary I was queen of England and Ireland from July 1553 to until her death. She was born on 18 February 1516 at palace of Placentia in Greenwich and died on 17 November 1558 at age of 42 in St James’s Palace in London. She was burial at Westminster Abbey, London. Her order on protestants make rivals to give her the name as “Bloody Mary”.

Mary I parents are, father is Henry VIII of England and mother is Catherine of Aragon. She was the only child of Henry VIII and Catherine of Aragon. In year of 1554, Mary married Philip of Spain and became the queen consort of Habsburg Spain on his attainment in 1556. Mary dethroned Jane successfully, who was ultimately beheaded with her force in East Anglia.

Mary I studied French, Spanish, Greek and learned music, dance at her age of 9 years old. Both Mary I and Philip were come down from legitimate children of John of Gaunt, 1st Duke of Lancaster, by Philip first two wives, a relationship which was used to represent Philip as an English king.