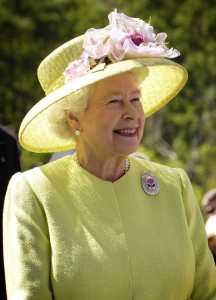 Elizabeth II is queen of the United Kingdom from 6 February 1952 to present and 15 other Commonwealth realms. Her full name is Elizabeth Alexandra Mary Windsor. She was born in 17 Bruton Street in Mayfair which is located in London, UK on 21 April 1926. She became the queen of the United Kingdom at the age of 25. Her parents were George VI, Elizabeth Bowes-Lyon. She was educated privately at her house only. She committed herself to begin public duties to Auxiliary Territorial Services during the Second World War.

In the year of 1947 she got married with Prince Philip of Greece and Denmark. Queen Elizabeth II has four children: Charles, Anne, Andrew, Edward and she have 8 grandchildren. She was celebrated many milestones as Queen of the United Kingdom such as Silver jubilee, Golden jubilee, and Diamond Jubilees in the years of 1977, 2002, and 2012, respectively.

Queen Elizabeth II was solved so many critical problems. Major events in Elizabeth’s II reign are the Troubles in Northern Ireland, the Falklands War, and wars with Iraq and in Afghanistan.