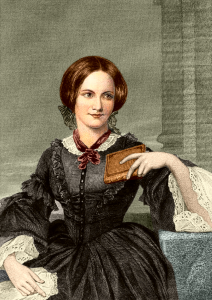 In August 1824, Charlotte Bronte and her sister Emily took the admission in Clergy Daughter’s School at Cowan Bridge. Due to the poor condition of school they were mostly educated at home. In between 1831 and 1832, she continued her education at Roe Head in Mirfield. In this school only she worked as a teacher in between 1835 and 1838.

Charlotte Bronte was received one marriage proposal from Arthur Bell Nicholls before the publication of her novel Villette. In January 1854 she accepted his love and married in June of same month. Charlotte was got pregnant soon after marriage, but due to unkown health problems Charlotte Bronte was died with her unborn child on 31st March 1855.

Charlotte Bronte first novel was Jane Eyre, it was published on 16th October 1847 which was semi-autobiographical novel and wrote under the pen name of “Currer Bell”. Jane Eyre novel was includes criticism of society’s treatment in what making women poor. She got success in novel career with Shirley in 1848 and Vilette in 1853.